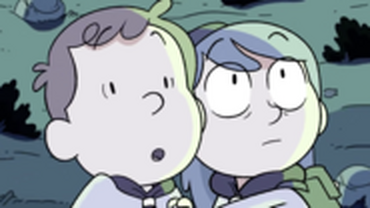 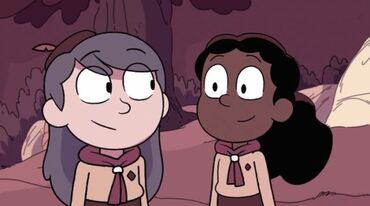 I ship David with Alfur

Anyone who ships david and hilda will suffer the consequences

I'm not the biggest fan of ships in fandoms (only one i adore is Sprivy in Amphibia). But i don't mind David and Hilda. Could work, the are so the opposite of eacht other and science says that opposites attract. I see it work. He would be the good counterpart to Hilda later in life to keep her thinking about consequences and to think straight on adventures of her actions and she could help him with his fears to overcome.

David and Frieda wouldn't work, they known each others for years and are very good best friends. Best friends have a good, healthy relationship that more often won't work as relationship. Same goes for Frieda and Hilda, the same reason: best friends. (Nothing against gay relationships, but don't see it work here).

But maybe mor likely that Frieda will be the one with boyfriends or girlfriends are Hilda and David the forever singles and that both wouldn't mind that at all.

I don't ship anybody at all

What do you think?